This is my first entry for a photo challenge.

These two photos are very close to my heart (you’ll know why soon enough). So it was of no surprise that the theme ‘All-Time Favorites‘ in the Daily Post Weekly Challenge instantly flashed these ones in my mind’s eye. I couldn’t stop myself from posting these pics when I came across the tagline.

I dont know if its just the novice in me talking, but I guess in every photographer’s gallery, there are bound to be a few photos which would have turned out radically different while viewed on the lappie screen than when first seen on the camera’s display.  Sometimes the outcomes make you go ‘WTF!!’ (i.e a seemingly superb pic turning out horrendously messed-up when enlarged). But some rare times it can also make you go ‘HOLY CRAP!!’ (i.e a pic which you might have prolly deleted right away in the camera, turning out to be a masterpiece!).

There could be more, but these are the prominent ones I have personally faced. As you can see, these issues can impair one’s judgement of the quality of the photo taken, mostly for the worse, but sometimes for the better. And the latter is what precisely what happened in these two ones –

This marvellous shot was taken when I was on a flight from Chennai. I usually don’t keep my DSLR handy in air trips, but fortunately this one time I had to keep it on me since there wasn’t much space in the overhead bin.

It was early morning around 6.30ish. Just a few minutes after take-off (the small frame of time when the plane flies alongside the clouds before shooting above). The sun was slowly yawning and waking up, shifting lazily in his fluffy sheets. The view seemed evidently picturesque, yet I was debating whether to pop my cam out or not because of my skepticism that the foggy, thick, unappealing plane windows would spoil the shot eventually. But since I had nothing better to do, I took out the DSLR and risked a shot. Tbh, I thought the pic did turn out foggy as initially feared, and I was pretty disappointed. Also, the sun-rays were hitting directly on me, so it was hard to see the screen clearly. A few more quick shots and I put it away to resume savouring the astounding light show.

It would be days before I imported that particular set of shots into my system. And when I did – Voila! This was the first shot staring at my wide-mouthed face! For a moment, I was convinced that there was some mistake. (Maybe it wasn’t my camera at all?) I didn’t even recall taking this shot. And then it ‘dawned’ upon me (pun intended).

Most of my curiosities relating to photo-taking have been satisfied by a simple point-and-shoot camera in my initial days and happily so. There were brief moments where I felt a DSLR might do a better job, but my reservations against investing so much moolah in a device which I might not be able to operate as comfortably, kept these thoughts at bay. I would be lying if I said that I wasn’t also worried about whether my talents in photography could be up for serious judgement if I failed to take decent shots with a damn DSLR. Point-and-shoots honed my framing and composing skills (which anyways is my strength), but a DSLR calls for serious business, demanding sufficient knowledge in various controls (which I’m often flummoxed by).

Although, when a trip to Ladakh was on the cards, these apprehensions just melted away. I knew I had no choice but to buy a DSLR and learn the ropes somehow, because going to a breathtaking place such as Ladakh without a DSLR would be pure sacrilege in a photographer’s (albeit an amateur) dictionary. And thus, hours upon hours of watching YT tutorials coupled with several test shoots of random trinkets around the house and dogs and trees down the street, I convinced myself I was ready to capture the magnificence of the mountains.

What you’re seeing right now is an 8pm horizon-view from a humble Ladakhi vegetable patch. Hailing from a tropical coastal city in which even 25 degree celsius qualifies as a harsh winter night, standing in the midst of a farm at sub-zero temperatures, locked in between ginormous mountains from all sides, was daunting to say the least. Add to this a generous pinch of an amateur’s anxiety, and you can very well imagine the millions of (literal and otherwise) pins coursing through me. This was a long-exposure shot (around 30 seconds), which means it was an excruciating (mentally and physically) wait to see the results in the camera display. To top it all, many a time I wasn’t even sure if I had pressed the capture button, thanks to my bulky gloves. And no, seeing the live display was not an option because it was pitch dark. My initial excitement of natural night photography now turned into morose despondency after having been stumped by these practical obstacles. So after a few painstaking shots, I decided I should probably call it a day and attempt these lofty aspirations after better preparation and training.

Similar to the first shot, I got the chance to upload these pics only much later after the trip was done. The similarities didn’t end there. I was equally stumped by this pic when I saw it on the big screen for the first time. All those self-doubts and misgivings packed their bags and skedaddled away for good, and I finally had my much-cherished, first successful night long-expo shot!

So folks, the moral of the story is – “Don’t judge a shot based on its camera display!” 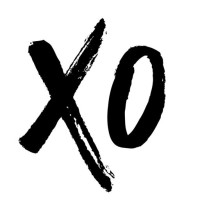 Overcoming PTSD and Self-Injury Through Yoga

A blog about vegan and sustainable life!